View all our used cars 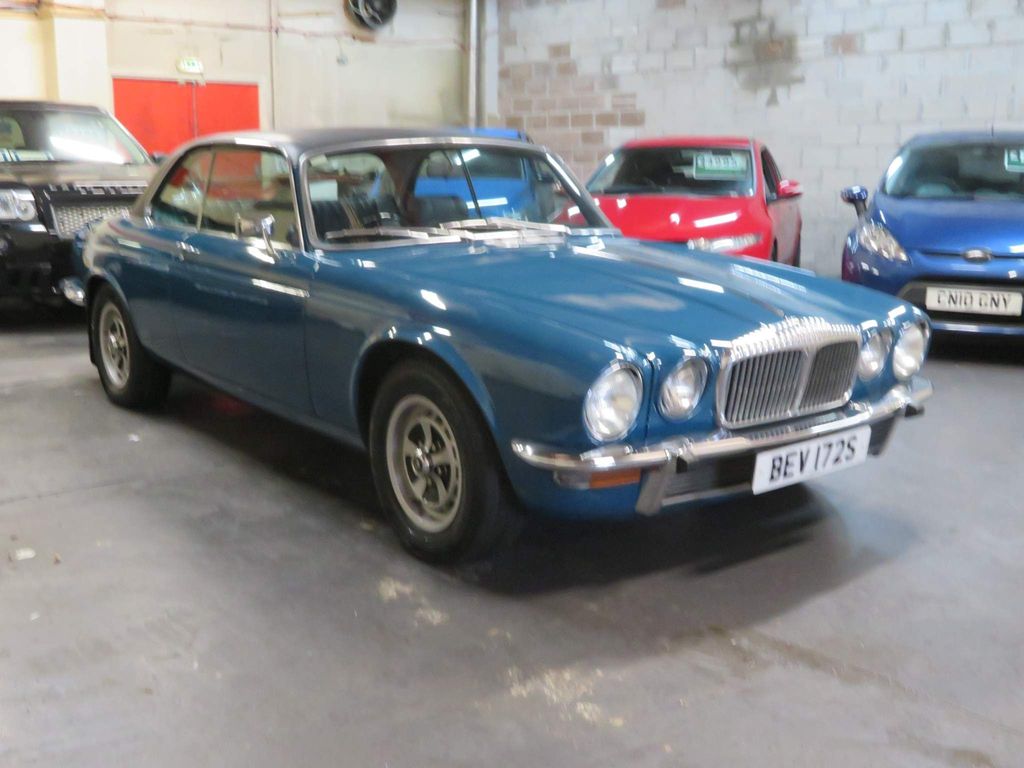 The launch of the Jaguar XJ6 in 1968 and its Daimler sister that followed in 1969, redefined expectations in the luxury car sector. The new model truly 'moved the goalposts', setting new standards in comfort, refinement and handling. A waiting list was quick to form and enthusiasm remained strong upon the introduction of the Series II cars in 1973. The standard or LWB saloon models were joined later that year by a striking new variant, an elegant Pillarless coupe all being built on the short-wheelbase chassis and with black vinyl-covered roofs. Available with either the 4.2 litre straight-six X, Rarer than its Jaguar brother, just 1,677 Daimler Sovereign 4.2 Coupes are thought to have been produced by the time production ended in 1978 with 613 built in 1977 and only six in the final year.This fine example is fitted with the 4.2 litre straight-six engine and was purchased new by a Mr. Kenneth Hegan of Benfleet and was registered with a personal registration number AVX 1G. He sold the car with its current registration in February 1984. The car changed hands a couple of times before being purchased by Elaine Senton in 1988, In 1995 the car was purchased by to Stuart Jeffrey before being purchased by Mr James Waters in 2001. Mr Waters took the car to his home in Germany and, in 2002, had the car restored. The coupe returned to the UK in 2008 and was registered to his son Brain Waters; he parted company of the car in 2013. Finished in Squadron Blue with black vinyl roof and blue leather interior, this Daimler Sovereign Coupe is supplied with a V5C document, the original handbook and a large file containing old MoT test certificates, invoices, registration documents for both the UK and Germany and a file from the DVLA recording the ownership of this car. Daimler cars have always been associated with being luxurious and exclusive because of the Royal connections, PART EXCHANGE EITHER WAY CONSIDERED. ANY INSPECTION WELCOME, HPI CLEAR. PB TRADE CARS, UNIT 3, PENTWYN BUSINESS CENTRE, WHARFEDALE ROAD, CARDIFF, CF23 7HB. TEL. 02922338755. DEBIT/CREDIT CARDS WELCOME. , Solid Blue, £25,000

View all our used vehicles